Hyuuga Minori (日向 みのり, Hyuuga Minori?) is Saki's little sister who strongly admires her and wants to grow up to be like her. She has also bonded with Mishou Mai and Kaoru.

Minori is a little girl with big brown eyes and shoulder-length brown hair worn loose, with some pulled back on each side into a braid held by a pink clip. She has evenly spread out pointed bangs.

Her attire is mainly pink and feminine, composed of a white blouse beneath a pale pink camisole with a butterfly design, a pale blue skirt, and a pair of pink and white slip-ons.

Despite being so young Minori is very responsible, capable of doing many tasks and helping out around the bakery. She can be seen as annoying for Saki at times, which causes her to relate to Mai as they are both the younger sister in their families, but she also has a strong bond with Saki and enjoys being able to share a bedroom with her. She is highly innocent and kind towards others.

Minori accidentally damaged the drawing Mai drew by spilling juice on it which caused Saki and Minori to start arguing. Minori ran away to give back Mai's sketchbook, and spoke with Mai about her worries at the playground. Mai understood her feelings as she is a little sister too and had a similar situation happen to her. The two were then attacked by Moerumba in which Minori was knocked unconscious. When she woke up, Saki apologized for snapping at her.FwPCSS08

Hyuuga (日向, Hyuuga?): Hyuu (日) translates to sun, and ga (向) translates to facing; toward. The two kanji can also mean sunny place or in the sun when used in normal speech rather than as a surname, in which case they are pronounced hinata.

Minori (みのり, Minori?): Usually translates as either Truth, or Beautiful Harbor. Which would fit in with the Splash Stars theme. 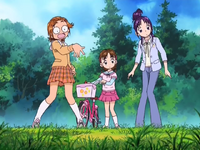 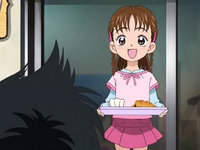 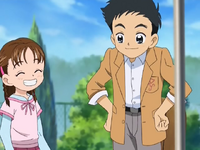 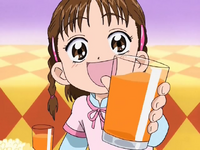 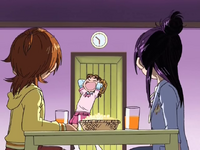 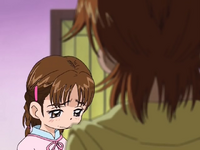 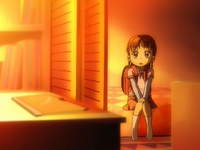 Minori on the bed 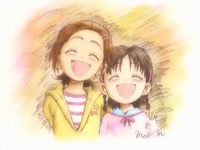 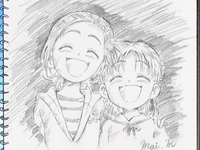