Mishou Kazuya (美翔和也, Mishō Kazuya?) is the older brother of Mai and a somewhat-minor character in Futari wa Pretty Cure Splash Star. Much like their parents, Kazuya wishes to get a job dealing with science and the like. It's been said that he is determined to become an astronaut when he becomes older.

Mai will often come to Kazuya for advice or opinions when she needs help, usually when it involves having to make the right decision or doing what is best for her, such as when she was asking everybody what they thought Spring meant to them. However, that was one of the times his advice did nothing for her, as he went on to say that the Frogs make him think of it. Every night, Kazuya can be seen setting up the observatory's microscope and study the stars.

Saki has a crush on him but he seems unaware of this. He was also once thought to be dating a girl at some point in the series. It was later revealed that it was just an misunderstanding.FwPCSS45

Kazuya really cares for Mai, much like how many older brothers do and when she is troubled he will try to do his best to help her, or cheer her up. If she is in trouble or worried, Kazuya will do his best to defend Mai.

Kazuya is also the cool type, who happens to be very nice and kind also.

Kazuya has gray-black colored hair that is somewhat longer then most males, but combed neatly to frame his face. Ending by his shoulders. His eyes are blue-gray in color. Usually he is depicted wearing sweaters and uniforms.

Kazuya translates to Peaceful one. 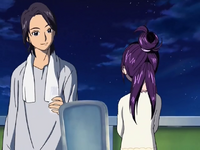 Kazuya gives Mai a pep talk at the balcony (episode 2) 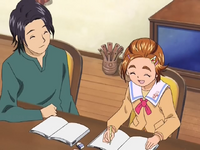 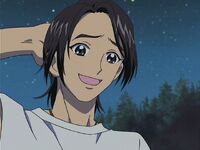 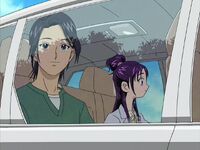 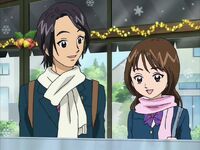 Kazuya with a classmate
Community content is available under CC-BY-SA unless otherwise noted.
Advertisement